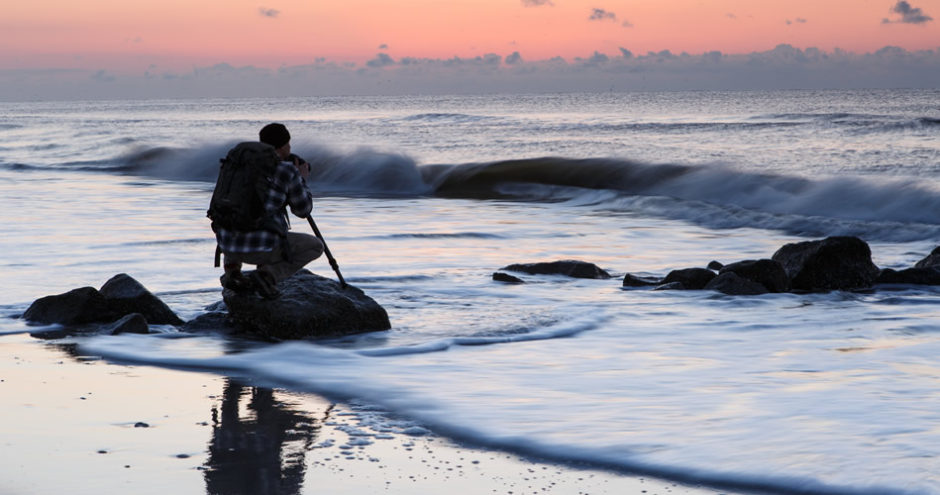 One of the toughest things to go through in life is a dramatic change. Most people crave stability. We live in an ever-changing world. Life in general changes much more quickly than ever before. One of the most comfortable truths of God is that He never changes. His character never changes. His nature never changes. He’s not unpredictable. Christ is our anchor. We can count on Him. He’ll never let us down.

Let’s walk through Colossians 1:15-23 together as I want to show you four ways we are anchored in Christ:

15 He is the image of the invisible God, the firstborn of all creation.

Part of the heresy that was threatening the Colossian church was the claim that Jesus Christ was not God. This heresy taught Jesus was just one of many lesser spirits that descended from God. Therefore, Paul makes it very clear that Jesus is indeed God in at least two ways: he’s the image of the invisible God. and he’s the first-born of all creation. This means that of all the sons of God (of which all believers are) Jesus is the first-born, meaning He is the heir. He is the one with the rightful inheritance. The word for “only begotten” has the idea of being “unique” and special. Jesus is unlike any human that has ever existed.

Furthermore, Jesus was active in creation:

Jesus is not just some lesser heavenly spirit. He created the heavens as well as the earth. He created the entire universe. He created all heavenly beings, angels included. Furthermore, angels do and serve His purpose and not the other way around.

Scientists estimate that there are as many number of stars in the universe as there are grains of sand on all the world’s beaches. The same God who created this mammoth-sized creation also knows the number of hairs on your head. Christ anchors us by the sheer nature of who He is.

17 And he is before all things, and in him all things hold together.

Furthermore, Jesus literally holds the whole world in His hands.

Not only did Jesus create the universe, He sustains it. At any point he could just cease to sustain it if He so desired. That’s the kind of power Jesus has.

Scientists describe this sustaining physical power as a “strong nuclear force” that holds everything together. They do not know what it is and they do not know why it works. It just does. But we know Who this powerful force is. It is Jesus Christ, God Himself.

What does this mean for your life? It means that every trouble you have, every heartache you endure, every problem that manifests in your daily routine, Jesus is sovereign over it. It has not taken him by surprise. It didn’t raise his eyebrows. He saw it coming before you were born. And God is able to anchor you to who He is to get you through whatever it is you’re going through.

Jesus Christ is not just a man. He is not just a teacher. He is God in the flesh and he shares every attribute of God that God has. And he anchors us through just being who He is.

It’s up to Christ to make His church successful. The truth of the matter is Christ often works despite His people. However, He desires to work through His people to accomplish His will. When the church is aligned to His will, His church will act like it should act. As a church we are anchored and given stability in that no matter how bad we may mess things up, Christ is still the Head. He is still in control of things.

He is the beginning, the firstborn from the dead, that in everything he might be preeminent.

The word “beginning’ has the idea of being the ‘source.” He is what gives life to the body of Christ. Without Christ, there is no church!! The phrase “firstborn from the dead” means of all those who have been or will be raised from the dead, Jesus is first-rank. He is preeminent. He has first place. He leads in everything and we follow Him in everything.

19 For in him all the fullness of God was pleased to dwell,

God is pleased, satisfied, content to lead this way through Christ Jesus. As a result, we should be content for him to lead us. We are anchored through his spiritual leadership.

20 and through him to reconcile all things, whether on earth or in heaven, making peace by the blood of his cross.

“Reconcile” means to change or exchange. It speaks of a change in relationship. It usually refers to a woman or man being reconciled to their spouse. Therefore, it speaks to an estrangement of a relationship and through Jesus there has been glorious reconciliation. In this specific instance, this word is actually used with the idea of of being “totally and completely” reconciled. Permanently.

Why do we need to be reconciled? Paul tell us:

21 And you, who once were alienated and hostile in mind, doing evil deeds, 22 he has now reconciled in his body of flesh by his death,

Because we have left Him. We have walked out on Him and most of the time we don’t even realize it. Sin’s impact in the world has destroyed the natural relationship between God and all of his creation. But through Jesus’ blood, his death, He reconciles us back to God the Father. Christ died as our substitute. His blood (death) literally saves us. And below, we get another reason:

in order to present you holy and blameless and above reproach before him,

Jesus wants us now to live new and holy lives that are set apart from what we used to be like. Christ anchors us through His blood. What are you facing in this life? Know Jesus rules over it both by who he is and by what he has done.

Teaching Others to Teach Others

Why It’s Good to Pastor a Small Church