To Advent or Not to Advent, That is the Question 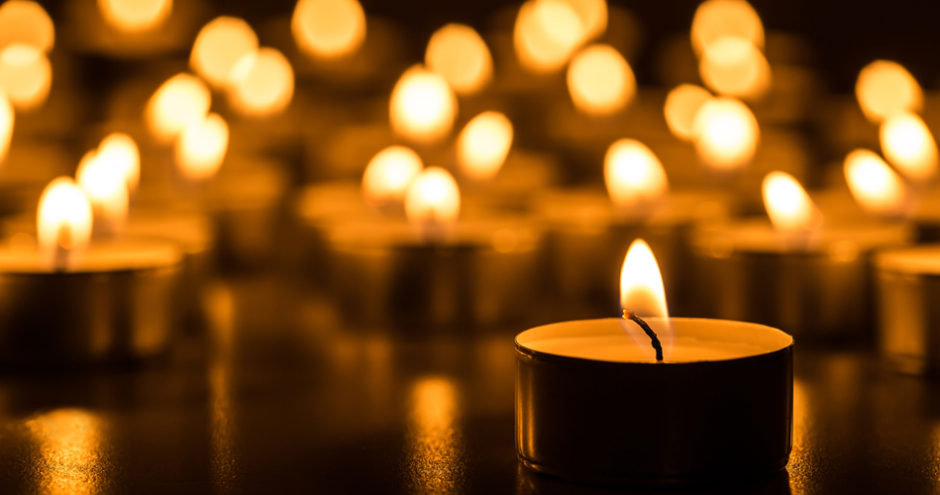 Being raised in a traditional mill village Southern Baptist church and later practicing faith in conservative suburban congregations “Advent” was both a foreign term and concept. After Harriet and I were married we became active members in a small town First Baptist Church. This was before my call to ministry and subsequent theological education. When our pastor asked our family to light an Advent candle on the first Sunday in December, I had to consult our new World Book on the meaning of the term and the tradition. The Sunday we read Scripture and lit the Hope candle introduced a new spiritual element to our Christmas observance. It has been inspiring and meaningful in our family setting for the past 40+ years.

The liturgy and ritual of the Christian calendar is perhaps a little too regimented for this free worship retiree. Still, the practice of praying for hope, peace, joy, and love during the four weeks of Advent became a primary Christological element in our annual celebration of his birth. Advent was never an expected Christmas ritual in the four churches I was privileged to serve. We did observe Advent in our seasonal worship on several occasions in each congregation. More than anything, Advent became a family observance. Harriet, Elizabeth, Brian, and I celebrated the four Sundays with the great anticipation of lighting the Christ candle each Christmas morning. Our reasoning was simple. Surely Scripture, prayer, and thoughts about hope, peace, joy, and love could help us maintain our Christian worldview during such a consumer-oriented season. Even more, our family observance of Advent created in us a new up-look. Remembering his coming was always a fresh reminder of the promise of his second coming.

C.S. Lewis brought brilliant Christian commentary to the world of his day and now, because it was so grounded in truth. He once took a look around and said, “If you read history you will find that the Christians who did most for the present world were precisely those who thought most of the next. It is since Christians have largely ceased to think of the other world that they have become so ineffective in this one.” (Mere Christianity, Geoffrey Bles, MacMillan Publishers, 1952).

Certainly Advent celebrates and announces the hope, peace, joy, and love of Christ. Those who observe the traditional Advent calendar will light the Hope Candle this coming week in the first of the four Sunday’s of Advent. There’s little doubt this moment of hope raises in us the anticipation of Christmastide, the season of celebrating the birth of Jesus. Of course, secularism has overshadowed the celebration of Christ with Black Fridays and Cyber Mondays and the real anticipation now is mostly about what surprises will be under the tree. Lost even more in the times is this up-look, the way Advent should also shift our gaze to the promised second coming of Jesus, historically a significant element of the Advent season. And, as C.S. Lewis predicted then, our influence in this world has been diminished by our neglect of the next.

So, this coming Sunday the season of Advent will begin with the lighting of the hope candle with Scripture and prayer.  It’s a theme often lost in social analysis and our assignment to make disciples of all nations.  Toward that end, let me comment for a moment about the hope of Christ’s coming. The word of hope is one that we church people need to hear, and should be central to our preaching the gospel to the world around us. Sure, we can enumerate longs lists of why hope should be in our agenda this Christmas season. Let me mention just three—

(1) Hope moves us beyond the control of circumstances.

Life is hard, and circumstances often control us. One of the operative words today is “happy” and all its derivatives, especially “unhappy”. It is often defined by our circumstances, those situational realities that trigger our responses to them. Preaching hope moves us beyond this life and the temporary things that lift us up or cast us down. Paul wrote, “If in Christ we have hope in this life only, we are of all people most to be pitied.”(1 Corinthians 15:19, ESV). Paul was reminding them to look beyond their earthly lives and see eternity.

The veil that separated the hard-hearted Israelite nation from God has been removed in the birth, life, death, and resurrection of Jesus. Because of His grace we can stand before God and this world with great boldness. In his brilliant dissertation on the New Covenant Paul wrote, “Since we have such hope we are very bold” (2 Corinthians 3:12, ESV). Our approach to life and our proclamation of the gospel should be raised a notch by the hope that defines us.

(3) Hope yields joy and peace.
The strife and anxiety of life around the globe and at home ignite our emotions. As a result, fear, anger, bias, envy, discomfort, and all the negatives so prevalent in the world around us often eclipse the joy and peace that are ours in Christ. When we’re looking beyond this life, hope reveals the character of Christ that should be shaping us daily. Joy and peace can be more visible in us. Again, Paul wrote, “May the God of hope fill you with all joy and peace in believing, so that by the power of the Holy Spirit you may abound in hope” (Romans 15:13, ESV). Abounding in hope isn’t some pipe dream. It is ours in Christ and should be a central theme in our ministry and proclamation.

It’s the finish line thing again, this reminder of his second coming and what he has promised to us at the completion of all things. The anonymous author of Hebrews wrote about it after discussing the possibility of apostasy in the last times. He wrote, “And we desire each one of you to show the same earnestness to have the full assurance of hope until the end, so that you may not be sluggish, but imitators of those who through faith and patience inherit the promises” (Hebrews 6:11-12, ESV).

The writer of Hebrews knew about real life. The Epistle is a record of those who lived, suffered, and died in faith. He desired that his readers would have hope to the end. So, he announced hope to them toward that end.

It’s the season of hope, peace, joy, and love. Yes, we should be bold in announcing these promised blessings from God. To Advent or not to Advent may be an important question in our seasonal preparation – and, even more, in our being watchful for his promised coming again.

NOTE: This article incorporates the content of a previous article published here at ChurchandGospel.com on December 1 2015 – “Announcing Hope”