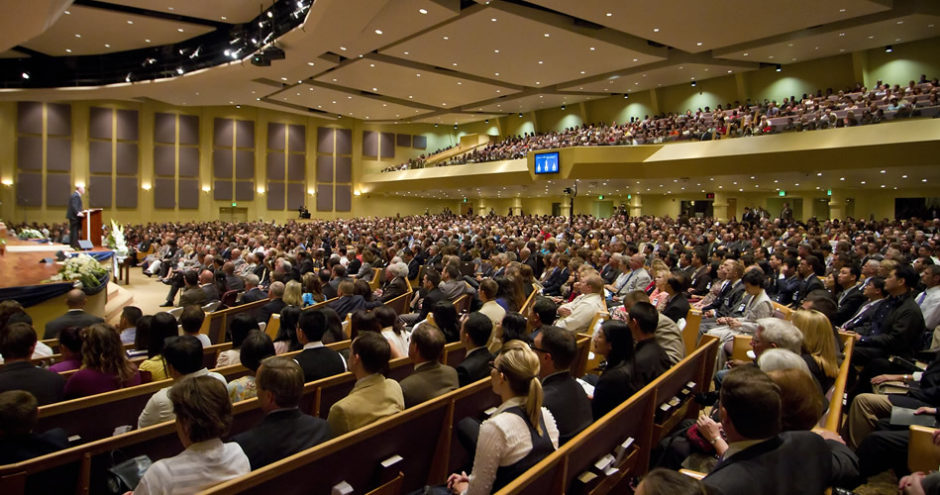 “The fear of man brings a snare, but he who trusts in the Lord will be exalted”

One of my favorite stories about young preachers tells of a young man who went in view of a call at a big county-seat church.  He was nervous to begin with, but things went from bad to worse when, as the service started, he tripped up the steps to the platform and sent his sermon notes scattering to the four winds.  He flubbed the words of several songs, failed to take up the offering, and fumbled the invitation.  His last chance to redeem himself came as he stepped into the baptistry.  As he immersed the middle-aged women who had come to be baptized, he forgot which ordinance he was administering, and blurted out, “Now drink ye all of it!”

Fear is a huge issue for young preachers.  Yet even experienced ministers, preaching in view of a call or preaching to a gathering of other preachers, can find this emotion rising to stalk their heart once again.  Fear comes into play in many ways; the fear of men, fear of inadequacy, and even a foolish absence of fear.

Fearful preachers are no new thing.  Peter displayed fear of men among the Christians of Galatia when he abandoned fellowship with Gentile Christians, “fearing the party of the circumcision” (Gal 2:12; NASB). [1]   Simon the Magician feared “opportunity loss,” when he tried to purchase the ability to confer the Holy Spirit on people (Acts 8:18-21). [2]  These dangers remain for preachers today who fear how the anger or rejection of others may affect their “success” or career.  It underlies the epitaph of “Eager Preachers” who “Died Climbing.” [3]  Fear of men turns preachers into people-pleasers.

Being a people-pleaser leads to altering the message in order to impress, please, or avoid angering the listeners. Jesus judged the desire for man’s approval as a humanly impenetrable barrier to faith, asking “How can you believe, when you receive glory from one another and you do not seek the glory that is from the one and only God?” (John 5:44; NASB).  This deviation from the faithful confession of the Word of God is nothing less than “preaching oneself” (2 Cor 4:5) as the highest judge of what people need or don’t need to hear.  In the end it results in preachers making converts to themselves rather than to Christ.

Not all fears, however, arise from external circumstances.  One of the most common fears for young preachers is that they are not gifted or skilled at preaching.  Though humility is a virtue, this sense of inadequacy can become sinful when it results in a disobedient silence or dependence on the merely human resources to make good the preacher’s inadequacy.

Moses displayed a sinful fear of his own inadequacy when he stood before the burning bush (Exodus 4:10-12).  When summoned by God to call His Chosen People out of slavery in Egypt, Moses begged off.  His excuse was, “I have never been a good speaker. I wasn’t one before you spoke to me, and I’m not one now. I am slow of speaking, and I can never think of what to say” (Ex 4:10). [4]   Pretty slick for someone who was claiming to be “slow of speech and slow of tongue”!  To be sure, the problem was not that Moses feared to rely on his own rhetorical abilities, which were surely unequal to the task God had set before him.  Rather, it was that he attempted to use his perceived inadequacy as a justification for disobedient silence. As one Reformation preacher put it,

we see that the reason why most men give way is that they measure by their own strength, which is very small or almost nothing, the success of their undertakings. Christ forbids the disciples to look at their own strength, and enjoins them to rely, with undivided confidence, on heavenly grace. “It is not,” he says, “your ability that is in question, but the power of the Holy Spirit, who forms and guides the tongues of believers to a sincere confession of their faith.[5]

If fear is a threat to the integrity and faithfulness of preachers, then we might be tempted to think that the answer is to overcome, move beyond, conquer, and put away fear.  If fear is a problem, then fearlessness must be the answer… right? What could possibly go wrong? In next week’s article, I’ll address this issue.

Ben Phillips is the Dean of the College of Christian Studies at Charleston Southern University. He holds a Ph.D in Systematic Theology and Preaching from the Southwestern Baptist Theological Seminary. Ben has over 15 years experience as a pastor and interim pastor, and served on the faculty of Southwestern from 2005-2019 before coming to CSU in July 2019. His primary area of study is the theology of preaching.

For the Love of a Great Sermon

How to Love Your Pastor

Fear and Preaching: Part 2–Fearlessness and the Fear of God