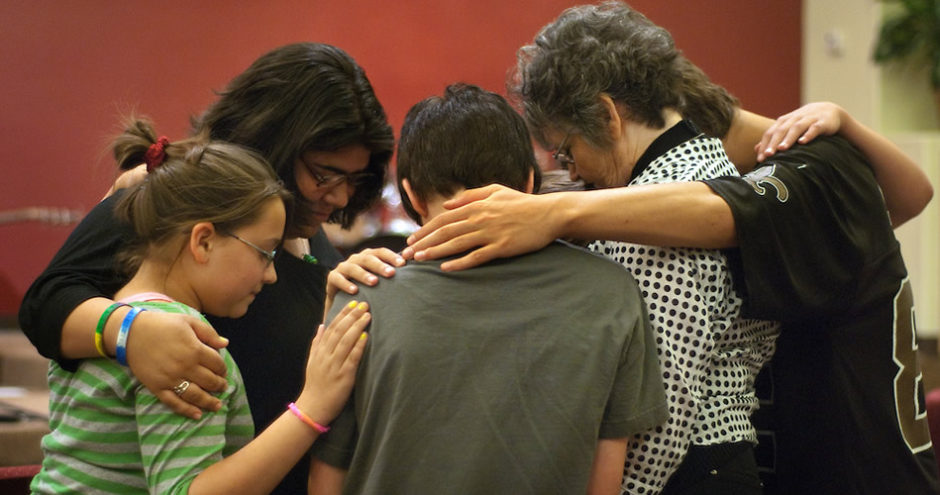 Many Christians struggle with the slowness in which God often answers our prayers. In our microwavable culture of instant results, God appears to respond as slow as molasses. We expect immediate action at the first request of our prayers. As a result, we fail to be persistent in our prayers and whimsical in our faith. This is one of the reasons Mark 7:24-30 is so helpful to us, as we see a Syrophoenician woman who persists in her request, until Jesus responds.

A Woman in Desperate Need

After a tense confrontation with the Pharisees earlier in Mark 7:1-23, Jesus gets out of the region of Israel and travels to Gentile territory. Yet, even here, everyone had heard about this miracle worker named Jesus. Mark tells us that, “he entered a house and did not want anyone to know, yet he could not be hidden” (24). Yet, Jesus wasn’t able to enjoy the solitude for very long, because immediately a woman, who had heard he was there, approached him. This woman was not a Jew, but a gentile, a Syrophoenician by birth. This woman had a daughter who had an unclean spirit. Like any desperate mother, she’d do whatever it took to make her daughter better. So she hears that Jesus is in the region, and she came to him, and in humility fell down at his feet. Then she begged Jesus to cast the demon out of her daughter. The tense of this verb “begged” indicates that this was a continual action.

In the parallel account of this event in the Gospel of Matthew, we get a little more detail. There we are told she cried out, “Have mercy on me, O Lord, Son of David; my daughter is severely oppressed by a demon” (Mt 15:22). The disciples show visible frustration at this woman, and urged Jesus to send this nuisance of a woman away (Mt 15:23).

Amazingly, Jesus was stone cold silent to this woman. In Matthew’s account, we are told that Jesus didn’t say a word to her. Yet, nevertheless the woman continued to plead with Jesus for her daughter’s healing. Now, why does Jesus act this way? In many ways, this seems to be the opposite of the compassionate and tender hearted Jesus we’ve seen in this Gospel. Yet, Jesus silence is one of love. It’s his attempts to elevate her and call her to greater faith, ultimately making this persistent woman an example to his church of true faith!

So, Jesus eventually responds to this woman, and his response almost sounds snarky, “Let the children be fed first, for it is not right to take the children’s bread and throw it to the dogs.” Now, Jesus isn’t being rude or disrespectful here, but he is wooing this woman’s persistent faith. He tells this woman, that the main focus of his mission isn’t to the Gentiles, but the Jews. Jesus came for the lost sheep of Israel, therefore his focus is upon them. The Gospel would come to the gentiles eventually, yes, but for now the focus was upon Israel. So the children (Israel) must be fed first. It is not fitting to throw the children’s bread to the household pet. Now, Jesus doesn’t use the word here for a wild dog, but the word for a household pet, a puppy. So Jesus sets up a verbal trap, that he hopes this woman will spring! This persistent, gentile woman seizes the opportunity and responds back to Jesus, “Yes, Lord; yet even the dogs under the table eat the children’s crumbs.”

Jesus is amazed at this woman’s statement, but more than that her faith! Again, in the parallel account in Matthew, Jesus tells her “O woman, great is your faith! Be it done for you as you desire!” (Mt 15:28). Right there in that moment, Jesus heals her daughter from the demonic oppression, and when she returned home, she found the demon gone and the child peacefully lying in the bed!

Jesus Calls us to Persistent Faith

You see, this woman has much to teach us on the nature of true faith. True faith is a persistent faith, a nagging faith, if you will. In helplessness, it flings itself upon the only one who can help. This woman was desperate, and realized that only Jesus could make her daughter well. So like a fool, she persistently begged Jesus, till he would give in to her request!

This woman’s persistence is encouraged in Jesus’ own teaching. In Luke 11:5-10, Jesus is teaching on prayer, and he tells us of this parable:

“And he said to them, “Which of you who has a friend will go to him at midnight and say to him, ‘Friend, lend me three loaves, for a friend of mine has arrived on a journey, and I have nothing to set before him’; and he will answer from within, ‘Do not bother me; the door is now shut, and my children are with me in bed. I cannot get up and give you anything’? I tell you, though he will not get up and give him anything because he is his friend, yet because of his impudence he will rise and give him whatever he needs. And I tell you, ask, and it will be given to you; seek, and you will find; knock, and it will be opened to you. For everyone who asks receives, and the one who seeks finds, and to the one who knocks it will be opened.” (Luke 11:5–10, ESV)

So the point of the parable isn’t that God is bothered by your prayers, instead its just the opposite! It’s an invitation to pester God. If you go to your neighbors house and knock on the door for a loaf of bread, sure they will be irritated by you, but by your impudence (persistence), your neighbor will get up and give you a loaf of bread just so you will let him sleep! Jesus tells us to pray with that type of audacious persistence.

It’s the same type of persistent faith as the blind beggar Bartimaeus. We will encounter him in Mark 10 when we get there, but here is a blind man sitting by the side of the road, crying out to Jesus, “Jesus, Son of David, have mercy on me!” The crowd rebukes the crazy, old blind man, but he kept crying out all the more. Eventually he gets Jesus’ attention, and his faith makes him well.

True faith is a persistent faith. It is foolishness in the eyes of the world. In desperation, we cry out to God for mercy, but God is pleased by such persistence, because it reveals a heart deeply dependent upon Christ. Anyone can ask once, but to ask over and over again, reveals a deeper and truer faith. Any parent with children understands that a child’s persistent asking, wears you down. This incessant asking maybe annoying, but it’s effective!

With my young children, I get asked the same question fifty times in a single minute. Even just this morning as I’m upstairs getting ready for bed, my youngest daughter, Ellie Grace, asked me over and over again if I could carry her down stairs on my back. Even after I answered, “Yes! I will, whenever I’m ready,” she continues to ask “Ride Daddy’s back?” Now God invites us to do the same thing, only it is not annoying to him. In fact such persistence indicates a true faith and dependence on God. Like children before our Father, we ask him again and again, and by so doing prove the depth of our faith.

You may wonder why God seems to take so long in answering your prayers, or why he delays in your response, but often God’s delay is meant to deepen your faith. Like this gentile woman, Jesus’ silence is not one of rudeness, but of love, to draw you into a greater faith! In desperation, continue to give yourself to Christ in prayer. Never cease to place your faith in him alone!

Justin Deeter is the Senior Pastor at Forest Hills Baptist Church in Wilson, NC (www.foresthillsbaptist.org). He is also a Ph.D. student studying Historical Theology at Southeastern Baptist Theological Seminary in Wake Forest, NC. He is married to Kaitlyn, and they live with their two children in Wilson, NC. Justin blogs at justindeeter.com.

The Adult Learner in the Local Church

Slavery and the Gospel (Titus 2)