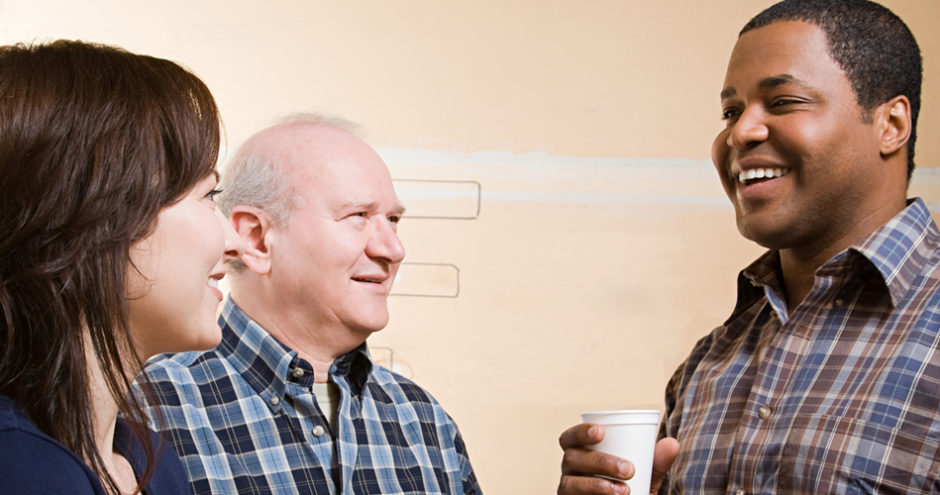 It was a lament of the baby boomer generation, the 1961 British parody song My Boomerang Won’t Come Back. Controversy followed it from England to Australia to the United States in an early version of political correctness. Evidently the aboriginal references were distasteful to some people. But, the frustration expressed in the lyrics was more reflective of the baby boomers (people born between 1946-1964) endless search for meaning than anything else. And, there may have been a prophetic note as well. Demographers remind us today that one of the new blips on the spiritual horizon of our nation is that the baby boomers are actually returning to church. It’s what one author has called the baby boomerang, citizens now in their sixties and early seventies finding purpose and meaning in the church so many of them escaped when in college. 1

Until the millennial generation surpassed them at 80,000,000 the boomers were America’s largest generational cohort. The “turn on, tune in, drop out” 2 boomers, born between 1946 and 1964, numbered 76,000,000. Sociologists reasoned that they were shaped primarily by the JFK assassination, the Watergate scandal, opposition to the Vietnam War, the emergent hippie and drug cultures, the sexual revolution, and relatively prosperous times to become anti-institutional citizens with counter-culture views. In the process many of them left the traditional church of their parents to explore new age spirituality, the wonders of pharmaceutical enlightenment, and the newfound freedoms of a world with few boundaries. When the first boomers reached retirement age in 2011, the religious landscape of the nation registered growth as the boomers returned to organized religion. Many have reasoned that this return was occasioned in many respects when they realized that they had been the original seekers and what they had so energetically sought brought little in the many areas of personal fulfillment. Today it is estimated that nearly two thirds of the living boomer cohort, somewhere in the neighborhood of 50,000,000 people, could be considered evangelistic prospects for local churches.

As a result of this startling truth, many church and denominational leaders have written about the “baby boomerang” and the mission implications for Christian congregations. Thom Rainer, President of LifeWay Christian resources recently wrote—

During the baby boom that followed World War II, more than 76 million live births were recorded in the United States. At the time we were the largest generation in history. We have since been   supplanted by the nearly 80 million Millennials born between 1980 and 2000. But here is the harshest reality about my generation. We estimate that only about one-third of Baby Boomers are Christians. That means that 50 million adult Americans in this generation are unchurched and have yet to be reached with the gospel of Christ.

More than one million Baby Boomers will die before the year concludes. If it took you five minutes to read this article, ten Boomers died while you were reading. By 2015 the death rate will increase significantly.

We have but a few chances left to reach the lost and unchurched among the Baby Boomers. Time is growing short. 3

While Dr. Rainer and many other Christian leaders have addressed this potential for church mission and have profiled the particulars of the baby boomer generation, let me add several components for consideration. As a boomer myself, and a student of the generational dynamics of our nation, several thoughts seem appropriate in this regard—

(1) Boomers are returning to church, but not the church most of them abandoned in their earlier years. This generation isn’t retiring and isn’t looking for a sedate place to spend their last chapter. They are mission oriented and are looking for a church with strong mission commitments.

(2) Worship wars and stylistic debates will not be concerns for the boomers returning to church. The boomers who stayed in church during and after college will be traditionalists. The 50,000,000 who are open to return are more suited to contemporary music and effective, non-traditional mission organization.

(3) Most boomers are homeowners living in traditional suburban neighborhoods or urban areas. This means they live close to many of our established congregations. Once again, mission will be their affinity to the church down the street.

(4) Boomers are workers and will serve in the mission organization if asked, equipped, and released for mission.

“Then he said to his disciples, “The harvest is plentiful, but the laborers are few; therefore pray earnestly to the Lord of the harvest to send out laborers into his harvest.” Matthew 9:37-38, ESV

Many congregations have organized their mission to reach the largest and most unchurched generational group, the millennials. With a personal passion for reaching the younger generations (see Psalm 71:18, my passion verse) I concur and applaud congregations that have made the necessary organizational and mission adjustments to focus on these 80,000,000 younger Americans. Then, there’s the mission field down the street, the 50,000,000 baby boomers who just may be the baby boomerangs so many demographers are talking about today.

2 A term coined by psychedelic drug proponent Timothy Leary in 1966.

Title: Bible-ish in One Nation Under God

Should We Really Do Anything Short of Sin to Reach People?