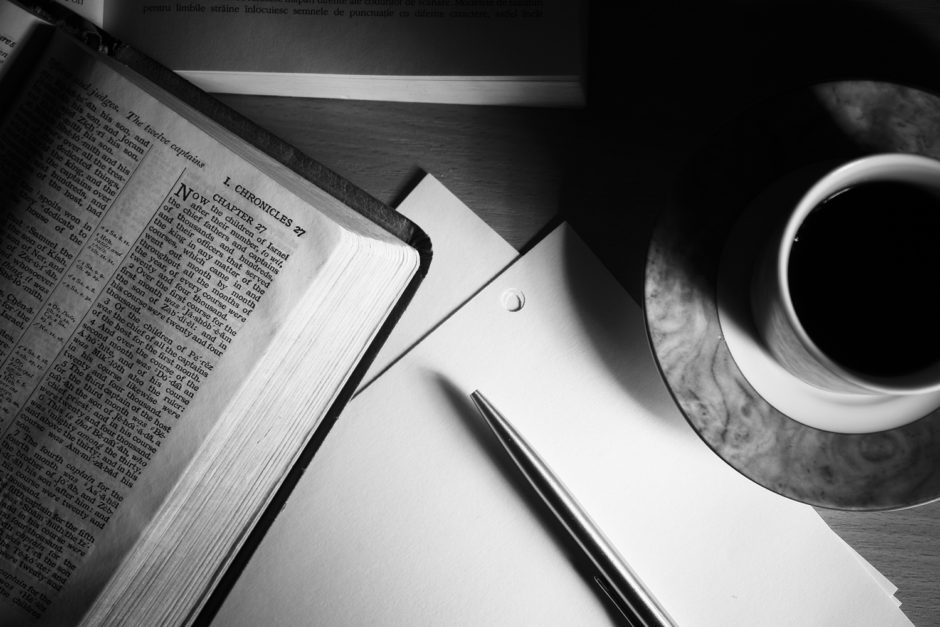 Note: This blog is the fifth in a year-long series of posts on the parables of Jesus. The series will run through most of 2019. You can find the first blog on the parables HERE.

This month we are leaving behind Matthew 13 and taking a peek into Luke’s Gospel. Luke organizes his writing efforts around a central premise: the life, death, and resurrection of the Messiah is good news, not just for Jews, but for the entire world. To make his point abundantly clear, Luke includes a lengthy “travel narrative,” a collection of narratives, parables, and teachings of Jesus as Jesus is on his way to Jerusalem, right in the middle of his Gospel (Luke 9-19). It is no accident that nearly all the parables in Luke, many of which are unique to Luke, are in these chapters—the Good Samaritan (10.30–35), the Rich Fool (12.16–21), the Tower Builder and Warrior (14.28–32), the “Lost” parables (Luke 15), the Unjust Steward (16.1–8), Lazarus and the Rich Man (16.19–31), the Pharisee and Tax Collector (18.9–14) just to name a few. These parables are designed to highlight Luke’s missional purpose. Of all the stories Jesus told, Luke selected and arranged this particular collection for Theophilus and us to tell us about the good news that Jesus is the savior of the whole world. Let’s look at the “Lost” parables more closely.

These three parables—stories about a lost sheep, a lost coin, and two lost sons—share a common set of circumstances. Tax collectors and sinners, people who are intentionally marginalized by society, are flocking to Jesus to hear what he has to say. This gets the religious establishment all worked up. The Pharisees are convinced that if society doesn’t shun people who live unrighteous lives, then those people will continue to live unrighteously. Leveraging the threat of societal disapproval is, in the religious opinion of the day, the best way to get people to behave. Some of these people have done things so bad that the Jews of Jesus’ day have judged them unworthy of any forgiveness by God ever. The pharisaical formula goes something like this: “Change your ways. Turn your life around. Be different. Put in your time and prove yourself. Eventually, if you haven’t been too bad, God will accept you, and so will we.” Jesus, however, sees this very differently. It is a question of what God is like and of the grace of God. Jesus tells them a trio of parables to help them understand the truth.

Question 2: What are the structures of these parable?

All three of these parables have a repeating structure, and the structure of the first two parables is virtually identical. Something of value is lost—a sheep and a coin. The person who lost it turns the world upside down trying to find it. When the shepherd finds the lost sheep and when the woman finds her lost coin, they both throw a party, because what was lost was found again. Jesus concludes both parables with a lecture. He explains to the religious experts that the way they think and the way God thinks about all this is very different.

The final parable is often called the “Parable of the Prodigal Son,” but that is only half right. The parable is about the two lost sons, and this parable repeats the above pattern for its first half. In this parable it is a son who is lost, and by the middle of the parable, he is found again just like the sheep and the coin. Like the shepherd and the woman, the father throws a great celebration—“My son who was dead is alive again. My son who was lost is found,” he cries. But rather than ending the parable there and then explaining the meaning to the Pharisees as he does with the lost sheep and the lost coin parables, Jesus continues the story to make his point.

There is very little in these three parables that needs explaining to modern audiences. We all have a basic understanding of what it means to be a shepherd and to have lost a sheep. We all know what it is like to lose something with great monetary value and then to find it again. We don’t need much historical or insider knowledge to understand a father who has a falling out with his son. A little research will, however, help us better understand the stakes of what is happening in the first half of the parable about the two lost sons.

In the ancient Jewish world, the entire inheritance usually passed from father to eldest son. That way land, the primary source of wealth for a family, wouldn’t be divided up in each generation. It then became the duty of the oldest son to care for all of his siblings. (That is why Paul refers to Jesus as the “first born of all creation” and to us as “heirs of God and joint heirs with Christ.” Jesus is our older brother. He inherits all things, and then he uses his father’s inheritance to care for us.) So, when the younger son comes to his father to ask for money so he can leave, he is not only breaking protocol, he is essentially saying that he wants out of the family. “Give me some money so we never have to see each other again,” is the core of what the younger son is requesting. This is why, when he hits rock bottom and wants to return to his father’s house, the younger son has no expectation that he would be treated like a son. He left the family. As far as he could tell, that bridge had been burned.

It is that dire reality that makes the father’s response so wonderful. When the father sees his son, he runs to him and hugs him and kisses him. The son begins to ask the father for a position as a servant, but the father calls for the servants to clothe him and put shoes on his feet and a ring on his finger. All of these, especially the ring, were signs that the son was a member of the family. He was a son again, all by the mercy of the father.

The commentary at the end of the first two parables summarizes Jesus’ overall meaning: there is a great disparity between the way the Pharisees think about those who are far from God (sinners, outcasts, non-Jews, etc.) and how they might come to faith in Christ and how God thinks about them. Unlike the Pharisees, heaven doesn’t see anyone as unworthy of forgiveness. Heaven doesn’t begrudgingly accept wayward sinners into the fold once they have cleaned up their act. There is no waiting list to see if their behavior change is going to take. There is a wild celebration in heaven over all the lost who are found by God.

The second half of the parable of the two lost sons portrays Jesus’ point in dramatic fashion. The older son refuses to go into the party for his brother who was lost. The older brother doesn’t think the younger brother deserves forgiveness for his crimes. He hasn’t proven himself worthy of the father’s love. He’ll probably just run off again at some point. But the father rebukes him. “My son, you are always with me, and all that is mine is yours,” the father says. How could the older son be so long with the father and yet know him so little? When the older son is surprised at the father’s behavior, it shows that he hardly knows his dad at all. That’s Jesus’ point to the religious experts. If they think there are those who are beyond God’s grace or they are upset and surprised that God loves outcasts and sinners, they hardly know what God is like at all.

What the Pharisees were missing was a proper understanding of God’s grace. We aren’t saved by God because we turned over a new leaf. We aren’t saved by God because we saw the error of our ways, changed our behavior, and started walking the straight and narrow. While we were still sinners, Christ died for us. It isn’t the fear of being shunned by society that saves us. Fear and hatred never changed anyone. It is when we encounter the grace and mercy of Jesus in the gospel and are transformed through faith by the Holy Spirit that we change. We don’t change so that we might have God’s grace. It is the encounter with grace in the person of Jesus and the good news of God’s love that changes us.

Talking about the End of the World, Part 4: Speaking Clearly about the Judgment of God