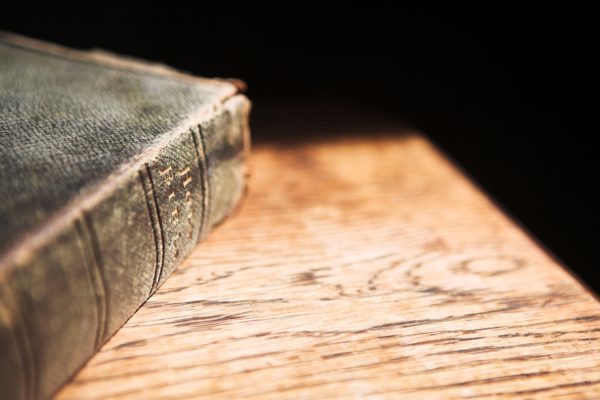 “After this there was a feast of the Jews, and Jesus went up to Jerusalem.  Now there is in Jerusalem by the Sheep Gate a pool, in Aramaic called Bethesda, which has five roofed colonnades.  In these lay a multitude of invalids—blind, lame, and paralyzed.  One man was there who had been an invalid for thirty-eight years.  When Jesus saw him lying there and knew that he had already been there a long time, he said to him, ‘Do you want to be healed?’  The sick man answered him, ‘Sir, I have no one to put me into the pool when the water is stirred up, and while I am going another steps down before me.’  Jesus said to him, ‘Get up, take up your bed, and walk.’  And at once the man was healed, and he took up his bed and walked.”  John 5:1-9a

So there he was.  38 years and nothing.  No movement, just pity.  I’m sure that some of his life had hope, he probably had some happiness, but ultimately he was still paralyzed.  Unable to move, and unable to worship like so many of his kin.

Then Christ saw him, and his life was changed forever.

We know clearly from John’s description where this encounter took place, and the people within that historical context would’ve most likely known this man or someone who had witnessed this event.  It is an account of the power and love of God, and the obedience of those who have met Him.

If we take a second and study the pool at the Sheep Gate, there was a history of healing at the pool.  Leon Morris says this about those who went there, “They thought that a periodic disturbance of the waters was due to an angel and that the first to enter the pool after such a disturbance would be healed.  Accordingly they lay there, each hoping to be the speedy one and thus receive healing. (The Gospel According to John, 268).”

There is nothing within Scripture that confirms this understanding, and the additional information in the passage was most likely added to the Gospel later (Morris, 267), however, it does provide us a framework to aid in our understanding.

Imagine this man who has been paralyzed for years and his hope is in his ability to get into the pool for healing, and yet he can’t do that.

He cannot get to where he can be healed.  He cannot do what only God can.

Jesus asks the man if he desires to be healed, and the man explains that he does, but that he physically can’t get to where he needs to be to experience healing.

This is a perfect example of our relationship with Christ.  Because of sin, man cannot get to where he needs to be with God; Christ must do this, and He has.

Mankind is sick with sin, and immobilized to make any headway in the battle with sin and the possibility of achieving salvation.  “But God, being rich in mercy, because of the great love with which he loved us, even when we were dead in our trespasses, made us alive together with Christ…(Eph 2:4-5)” showing His great love to us in sending Jesus to make the progress for us, and to save us from the destruction of spiritual paralysis.

We, in our sinful nature, would not move towards God apart from His grace.  And it is within His grace that salvation is offered to all who would receive it (John 1:12).

Christ looks at the man and says to him, “‘Get up, take up your bed, and walk (v 8).’”  For Jesus, this is simple.  This is a command of the man’s body to work properly, a body that Christ formed.

Imagine in the 1920s when Henry Ford was producing the Model T and someone brought it into the Ford shop for repairs.  Do you think the owner was ever worried if Ford could fix it?  Of course not!  Because they had taken the car to its maker.

If you have ever had a problem with something, take whatever it is to the One who made it.  We need to remember that our Creator God is just that.  He made us and everything around us is His and even though sometimes it may not seem like it, it is all in His control…even if it takes 38 years.

Christ is the one who takes the initiative with this man, just as He did in coming to live and die as a perfect sacrifice for all humanity.  What is our response to this?  Hopefully that of the man.

John writes, “And at once the man was healed, and he took up his bed and walked (v 9).”  Note the immediacy of this.  The Bible says, “…at once.”  This man encountered Christ, and was immediately obedient after the experience he had with the Lord.

As Christ followers, we claim to know God.  And if in fact we do, we must be obedient to our Lord’s commands.  Whether the command is to “Take our beds and walk,” or “Go and make disciples,” Christ is our Lord.

As you study this gospel, reflect on the encounters that people had with Jesus and the reactions that followed.  You will see some reject and become enraged at Him, whereas others will encounter Jesus and they will come to know Him as Lord.

Today, I pray that you would see Him as Creator, know Him as Lord and be obedient to what He is calling you to do.

We Thank You Just The Same Anyway

Sermons You Could Be Preaching in Your Sleep