“Lord, Teach Us to Pray” 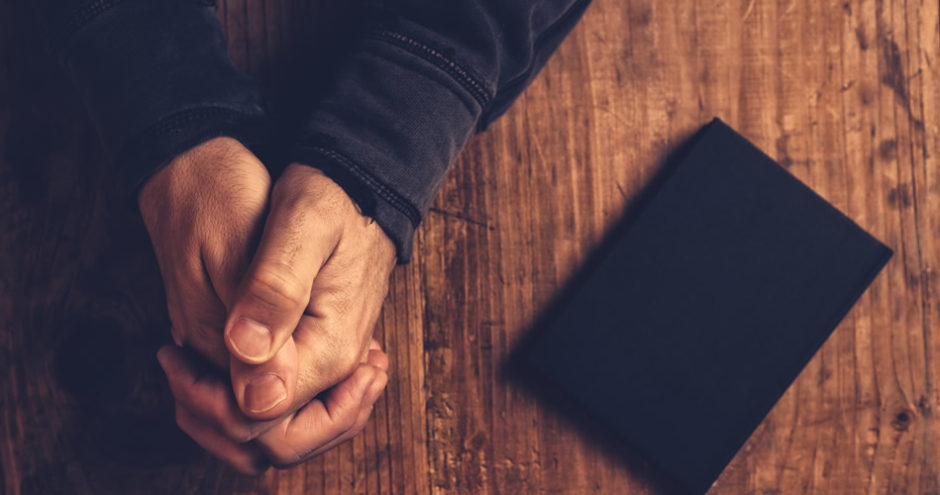 I love to listen to the prayers of others. I listen to how they pray and what they say. The language they use reflects their understanding of God. Some refer to God as “Father” in their communication with Him reflecting a profound sense of intimacy. Others approach Him as “Sovereign God” or “Lord,” titles which suggest a healthy dose of respect for God. The depth of some believers’ relationship with God saturates their prayers and lifts you up to heaven with them.

Unfortunately, the prayers of others often reveal how little they know about the God to Whom they pray. Their prayers betray an understanding of God that renders the Creator of the universe subservient to their temporal needs and concerns. Their God is often little more than the Big Guy in the Sky, the Man Upstairs. He’s the heavenly Santa Claus who’s keeping score, trying to find out who’s been naughty or nice, so that he can determine the magnitude of His generosity before He answers. With such a low view of God, is it any wonder so few Christians experience the joy of having their prayers answered?

According to many surveys, most people pray. In fact, surprisingly large numbers of them claim to pray weekly, even those who profess little faith in a recognizable religion. Yet, a quick survey of an Internet bookstore reveals that most don’t know how to pray. Tens of thousands of books on the topic can found on one website alone. The stunning silence one hears in church when the call goes out for volunteers to pray aloud bears testimony to this spiritual ignorance. Rather than seeing prayer as a privilege, far too many Christians see it as a task for which they are woefully unprepared.

The great Martyn Lloyd-Jones rightly diagnosed this weakness in the common Christian.

The first disciples were not prepared for prayer, either. They watched quietly in the wings time and time again as Christ prayed. They saw His example. They heard His cries. Yet, they failed to learn their lesson. That is, until the day one of their number admitted his ignorance and sought instruction. “Lord, teach us to pray” (Luke 11:1).

Ever the gracious teacher, Christ did not chide the disciples for their immaturity. He did not lambast their spiritual silence. Instead, He granted their request and provided the greatest manual on prayer ever given to man. He gave them the “Lord’s Prayer.” He taught them to pray.

No part of Scripture is so full, and so simple at the same time as this …. It contains the germ of everything which the most advanced saint can desire: here is its fullness. The more we ponder every word it contains the more we shall feel “this prayer is of God.”[ii]

Such a response is fitting for the prayer given is of God because it is about God.

Jesus understood the darkness of man’s heart. He recognized the tendency of the human heart to bring God down to our level rather than to raise ourselves up to His. Thus, when He taught His disciples how to pray, He taught them to pray with God as the central focus of their prayers. This, He intimated, was to be the norm, not the exception. “Pray, then, in this way” (Mt 5:9). The remainder of the so-called “Lord’s Prayer” provides a guide, a model to be followed for true God-centered, God-saturated prayer. After all, this is not some cosmic Santa Claus with Whom we converse but the great I AM.

Bearing these great spiritual truths in mind, our prayer becomes a matter of worship rather than an opportunity to update God on our needs. It lifts God up. It acknowledges His rightful claim on the throne of our lives. If we were to keep this fundamental truth in mind, perhaps more of us would be faithful in keeping prayer a central part of our Christian walk.

Matthew Henry began his seminal text on prayer with these words of admonition.

Our spirits being composed into a very reverent serious frame, our thoughts gathered in, and all that is within us, charged in the Name of the great God, carefully to attend the solemn and awful service that lies before us, and to keep close to it, we must with a fixed attention and application of mind, and an active lively faith, set the Lord before us, see his eye upon us, and set ourselves in his special presence, presenting ourselves to him as living sacrifices, which we desire may be holy and acceptable, and a reasonable service, and then bind these sacrifices with cords to the horns of the alter, … .[iii]

All prayer, true prayer, Jesus teaches us even today, is to be God-centered, ever admitting that prayer does not change God. It should change us. The prayer that does not is not prayer at all.

The next time you pray, thank God that Jesus taught us how to pray. Amen.

Slavery and the Gospel (Titus 2)

Frequently Asked Questions – How is This Relevant to Me?