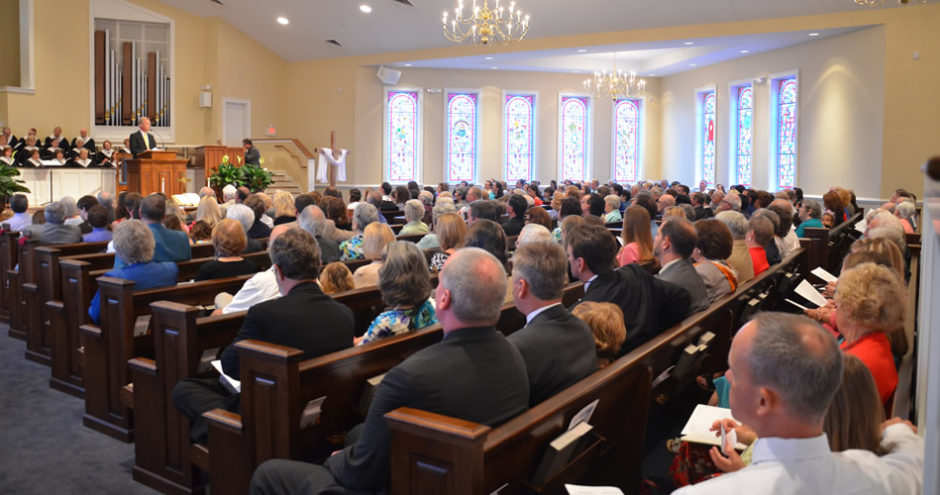 In a previous post I suggested five reasons for adopting a creedal confession as an element of corporate worship. But for typical no-creed-but-the-Bible congregations (my own background!) even this minor liturgical form can be confusing and unwelcome. Leading change is its own challenge, and especially so when the change resembles what for many are negative examples practiced by mainline Protestants and Roman Catholics. Due to this considerable liturgical inertia, the decision to incorporate a confession into corporate worship must be led with wisdom and care. In hopes of serving like-minded brother pastors considering such a change, I offer the following tips from my own experience.

A creedal confession should be implemented:

(1) Purposefully. Using a creed is not an attempt to be trendy, as was sometimes the case in the so-called Emerging Church movement that has now receded. Instead, a creed should be incorporated into worship because of a genuine conviction that its use will serve the church and bring glory to Christ. This means that, as with other changes, a successful leader must cast vision for the confession and be personally committed to its value. As much as is possible, elder teams/deacons/pastoral staff/church councils should also become persuaded of the creed’s value before implementing it. If key leaders do not buy-in on the front end, it will be that much more difficult for the corporate confession to flourish. Accordingly, the speed of the change will need to depend upon the receptivity of a church’s leadership. Patience is the Spirit’s fruit.

(2) Carefully. Because one of the goals for confession is that the words of the chosen creed will gradually seep into the souls of the confessors, shepherds must exercise care in selecting the particular confession to be used. As the most ancient and widely used Christian confession, the Apostles’ Creed is a natural choice, but here decisions will need to be made regarding traditional phrasings that reflect the so-called “descent into Hell” and the apt to be misunderstood holy catholic (In our case, we chose a translation of the creed that refers to Jesus’s descent to the dead—not Hell, and to head off confusion, we confess faith in the holy Christian church, even though in its lowercase form catholic is a perfectly good synonym for universal.) With its warm, devotional tone, the Heidelberg Catechism would also be a good choice if corporate catechesis is the primary aim. (Although credo-baptists will want to omit or substitute certain portions!)

(3) Clearly. To head off confusion, a pastor must also clearly explain what a creed is and isn’t. In our context, I’ve used the introduction of creedal confession to underscore our commitment to the authority of Scripture, while simultaneously highlighting the value of short summaries of biblical teaching for discipleship and evangelism. Because we’ve introduced a confession in an environment where Scripture is preached expositionally and read aloud corporately, it’s clear that our use of creeds is supplementary, not primary. Since the creed is new to our congregation, I currently offer a brief explanation (30–45 seconds) immediately before the confession both to teach and cast vision for its value.

(4) Passionately. There will be some for whom the confession of a creed will stir memories of lifeless recitations from childhood, and even absent personal experience, others will likely share this general impression. But the corporate confession of shared faith by brothers and sisters is a joyful, meaningful expression of worship, and it is incumbent upon the leader to foster such an approach. Accordingly, pastors implementing a confession should be well prepared: prior to introduction, the creed should be rehearsed aloud, with attention given to appropriate rhythm and pacing. The voice for the reading should be expressive and engaging, similar to the way Scripture would be read. The surest path to congregational apathy toward corporate confession is dull, disinterested leadership of its reading. Practiced passion, however, can lead to its embrace.

(5) Monthly. Finally, at least in our context, I’ve learned that less is more—and this means that we’ve opted for a monthly rather than weekly confession. While zeal might lead some to push for greater frequency, I’ve seen that a monthly schedule helps allay comparisons to Roman Catholic and mainline Protestant practice while still being regular enough to become a natural part of the fabric of our worship. We celebrate the Lord’s Supper on the first Sunday of the month, and we use a creed to confess our faith corporately on the third Sunday of the month. Though still relatively new, thus far creedal confession has been well received by our church, and we are hopeful it bears much fruit.

Dr. Michael White is the Associate Pastor and Worship Leader of Freedom Church (freedomchurchnc.com), and he holds a PhD in Systematic Theology from Wheaton College. He teaches adjunctively at Charleston Southern University and the Graduate School of North Greenville University. Michael is married to Jana, and they are the parents of two exuberant children. You can follow him on Twitter @_michaeldwhite.

Family and Student Ministry in the Local Church

The Mission Field Down the Street

Making Your Teams Better Through Encouragement